Installing a Balmar alternator on a Yanmar 3JH3E 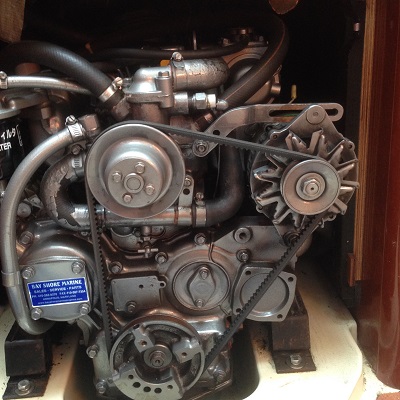 Readers might also like to read a more in-depth article on the subject: Installing a high powered alternator on your boat
The project is to replace the standard alternator on a Yanmar 3JH3E engine with an upgraded 100 Amp output Balmar 60-100-SR-IG alternator. The Yanmar takes a dual foot mount alternator and so we chose the Balmar 60-100-SR-IG alternator for the job.  It was bought as a kit with the ARS5-H regulator and in the kit came a battery temperature sensor and an alternator temperature sensor. Also included was some mounting hardware which we ended up not using.  The complete kit was the Balmar 60-YP-100-SR Alternator Kit 12 Volts 100 Amps. This engine has a 1/2" wide drive belt so getting enough traction to drive a 100 Amp alternator is not a problem 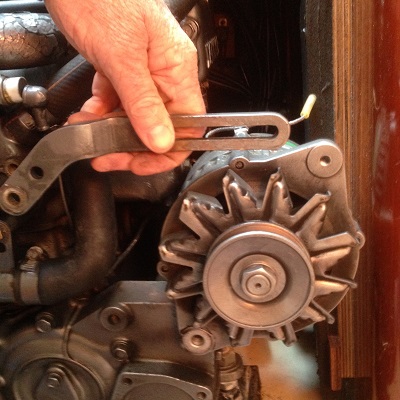 This next shot shows the alternator has been completely removed. 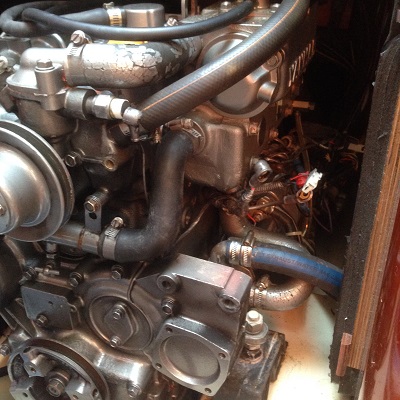 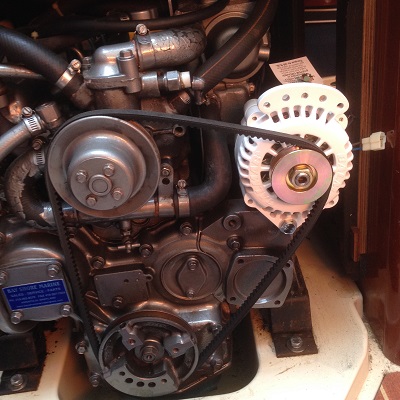 The old alternator had a spacer on it that was attached with a bolt from the back and I transferred this to the new alternator.  This isn't typical but it was easy to do. 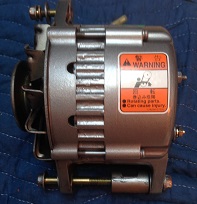 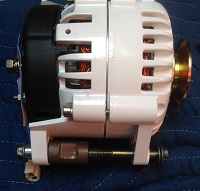 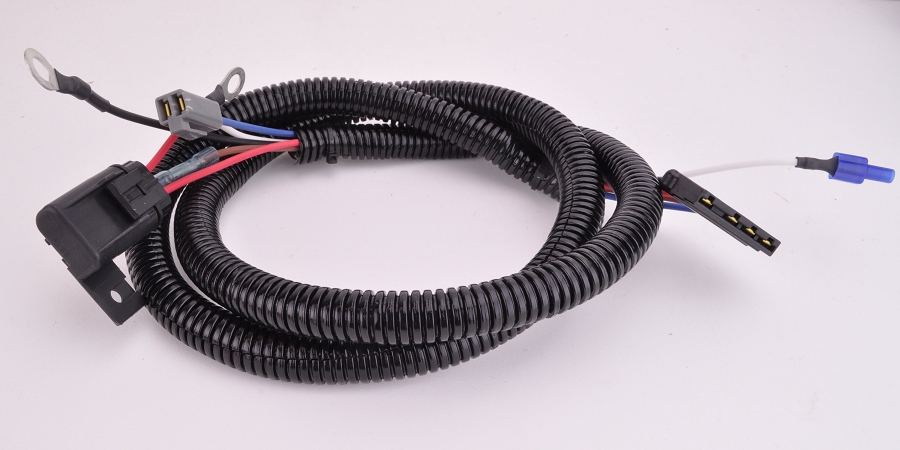 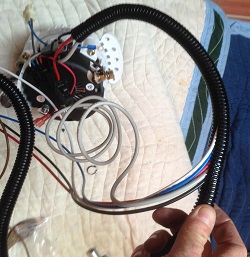 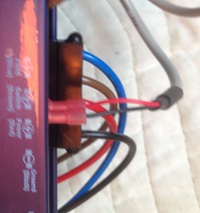 Then with all these fiddly little wires pre-installed the alternator is put back on to the engine for the final time.  The only connections that remain to be connected are the alternator output wires, both positive and negative, and the brown wire from the regulator which is that one that tell it to turn on. 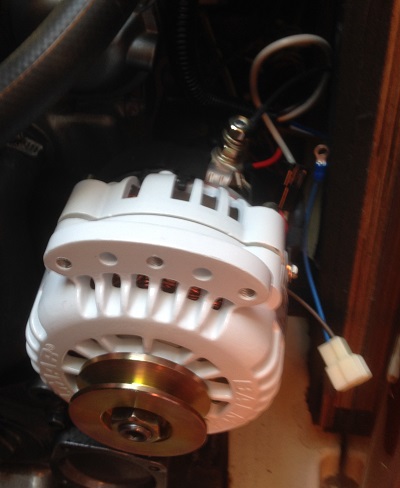 I'm sorry that I wasn't able to photograph the rest of the wiring.  Access was too tight and the lighting wasn't very good.  I connected the battery temperature sensor to the battery and ran its wire back to the voltage regulator. I connected the brown wire of the regulator harness to the small red wire (top of the T plug) that went to the old alternator.  You can figure out which is the correct wire by trial and error with a  voltmeter, you want the wire that becomes +12 volts when the ignition is turned on.  I used 2 awg positive and negative output wires and ran them all the way back to the house battery, with appropriate circuit protection on the positive wire.  I put a rubber boot over the positive terminal at the back of the alternator so it wouldn't short out if you dropped a wrench down there. As the ARS5-H regulator was going to end up in a tight spot I left it out until I programmed it and did a test run of the completed installation.  A video will follow showing the operation of the regulator:
In the video you will see that the AGM battery program was selected and because this job was done in cold weather you will see that the battery temperature was 6 Degrees C which allowed the regulator to increase the output voltage for the bulk charge quite a bit higher that the standard 14.3 Volts.  You will also see that the alternator got quite hot, this is because we turned on the inverter to give it a big load to test it out.  I didn't get hot enough for the temperature program to cut in and limit the output.
See also our blog post What is an alternator regulator and what does it do?
This is an interactive blog so please feel free to jump in and ask a question or make a comment.
Share |
Previous Post
Next Post

I have a 3JH2E yanmar and I am thinking about putting a serpentine kit and the 200 amp small case. Will this set up work and not cause a problem with water pump bearing wear or to much load on the front of the crank shaft. I have an average 130 amphr ever 24 hour demand and 4 4D Life line totaling 850Amphr capacity. Tryed of running my genset for 3-4 hours a day . I would appreciate your input.... Thanks Ray Corriveau s/v Night Hawk

Hi, thanks for illustrative installation. Do you have something similar for a Volvo D2-55 with a 120A alternator and serpentine pulleys both from Balmar? Thanks in advance. Alberto - Spain